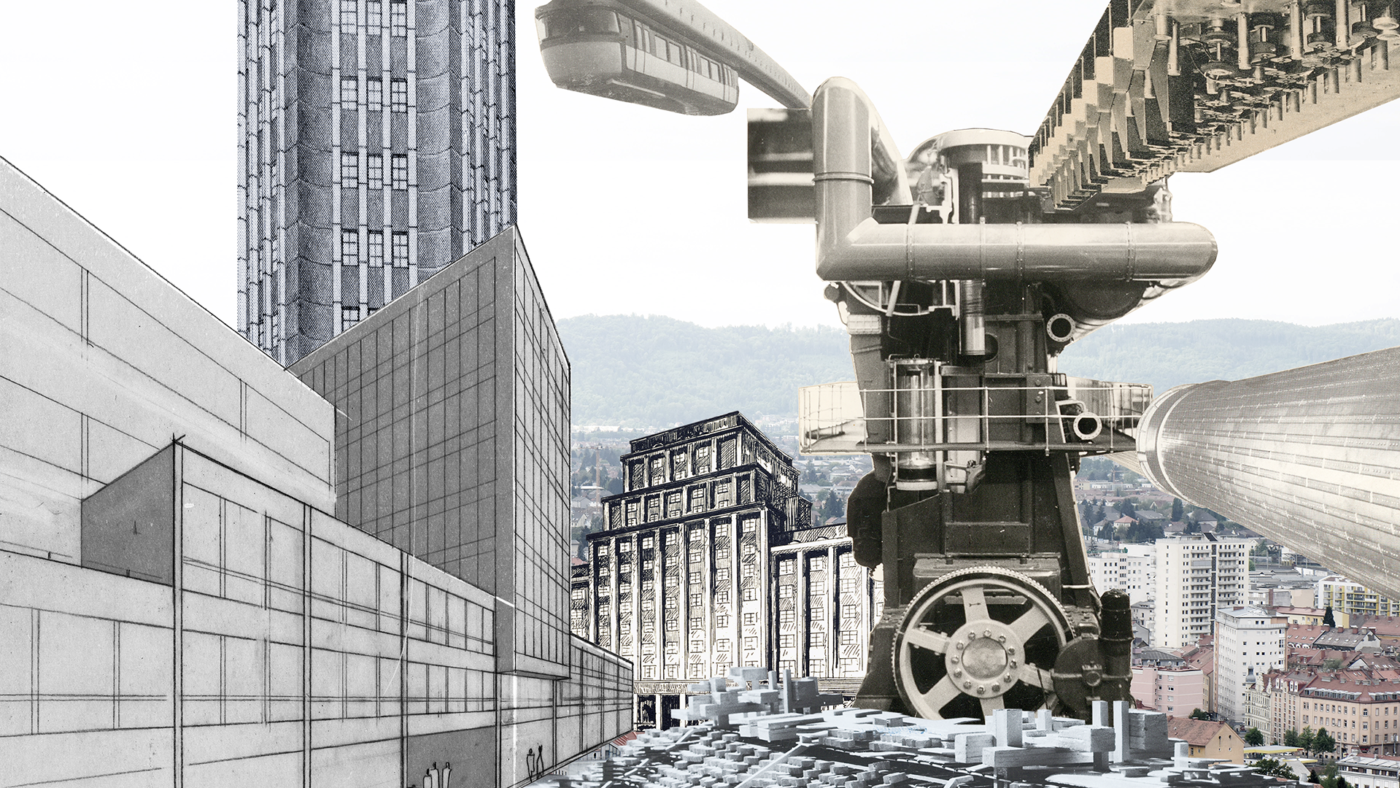 Architecture for the 20th Century

The exhibition at the Graz Museum presents a selection of unrealised architecture of the 20th century in its socio-political context. Plans such as the Scheiner high-rise department store at Jakominiplatz (1929), the Garden City Marienwiese (1946), the Trigon Museum in the Pfauengarten (1988) or the Kunsthaus in the Schloßberg (1997) are exemplary in Graz for the perpetual debate about the compatibility of modern building culture with the preservation of the historic old town.
Architecture is an expression of the spirit of the times and in democracy often the starting point for the following question: modernity or tradition? The discussion of this topic has shaped Graz’s urban history of the 20th century and the built architecture of the Graz urban space to this day. However, unbuilt projects fall into oblivion. What would the urban space of Graz look like today if the unbuilt architecture had been realised?