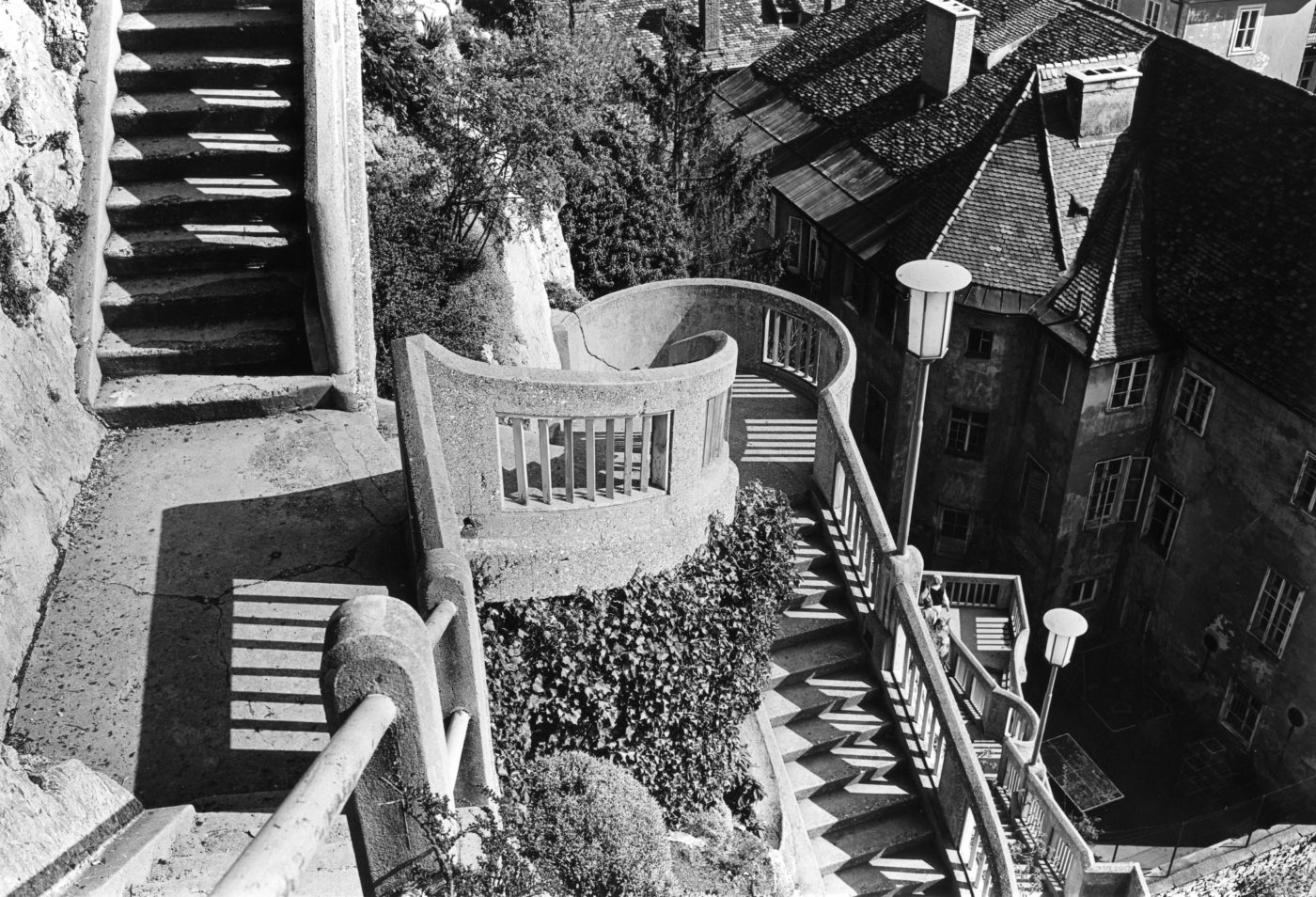 The 1981/82 black and white photo series created by the Graz-based Slovenian/Austrian photographer Branko Lenart is probably the most extensive photographic work of the 20th and 21st centuries on Graz’s local mountain. The almost completely deserted views illustrate the intertwining of cultural and natural space. The unusual and yet familiar views allow for a new interpretation of the mountain freed from the tourist postcard view.
Lenart’s “subjective topographies” are by no means striking, but rather a visual cosmos at rest in itself, which the photographer described as follows at the time of its creation: “The pictures (…) are an attempt to ignore the ordinariness of the urban mountain, degraded to an OBJECT in many respects, in order to experience it as a living SUBJECT of independent individuality and structure from a personal perspective and to INCORPORATE it (into myself).” The equal juxtaposition of close-up and distant views as well as nature and architectural perspectives shows that this is not an objective documentation, but an approach to reality that always remains subjective. It is precisely this concentration on detail that makes the series timeless and links the artist’s experience some 40 years ago with the present perception of the viewer.
Since the 1970s, Branko Lenart has been one of the most important protagonists of the Graz photography scene. The series “SCHLOSSBERG”, which has only been shown once (1983) in full until today, is presented in its entirety in the Graz Museum. The photo exhibition is supplemented by an exclusively recorded conversation with the artist and a publication.