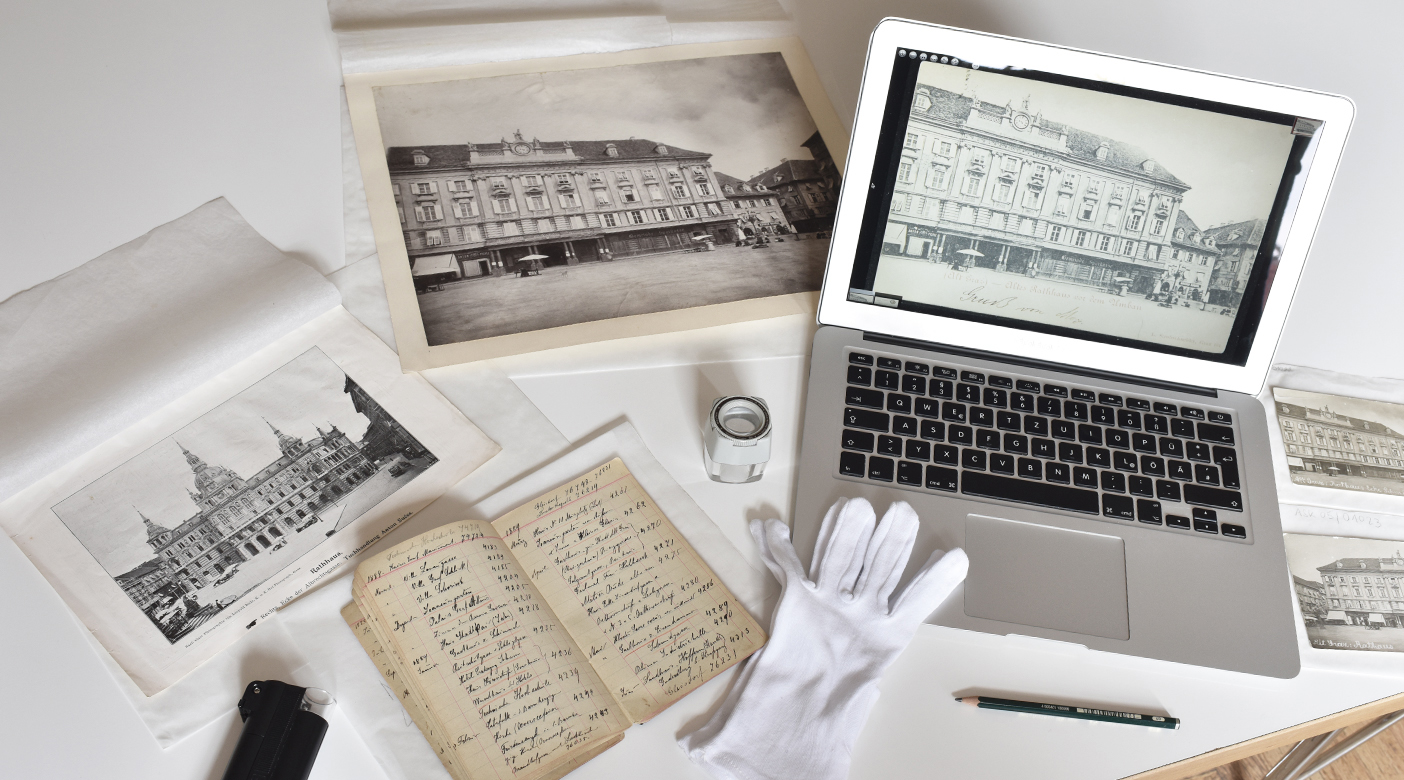 The “invisible” but cost-intensive part of the GrazMuseum are its extensive research activities. In this respect, museums do not replace university or non-university research and teaching but do scientific work on the basis of their special expertise of objects, above all by means of a comprehensive documentation of the objects entrusted to them (cataloguing). Both permanent and special exhibitions are not about “neutral” scientificity but about the intensively discussed perspective of questions addressed to the museal object that are relevant for our society. 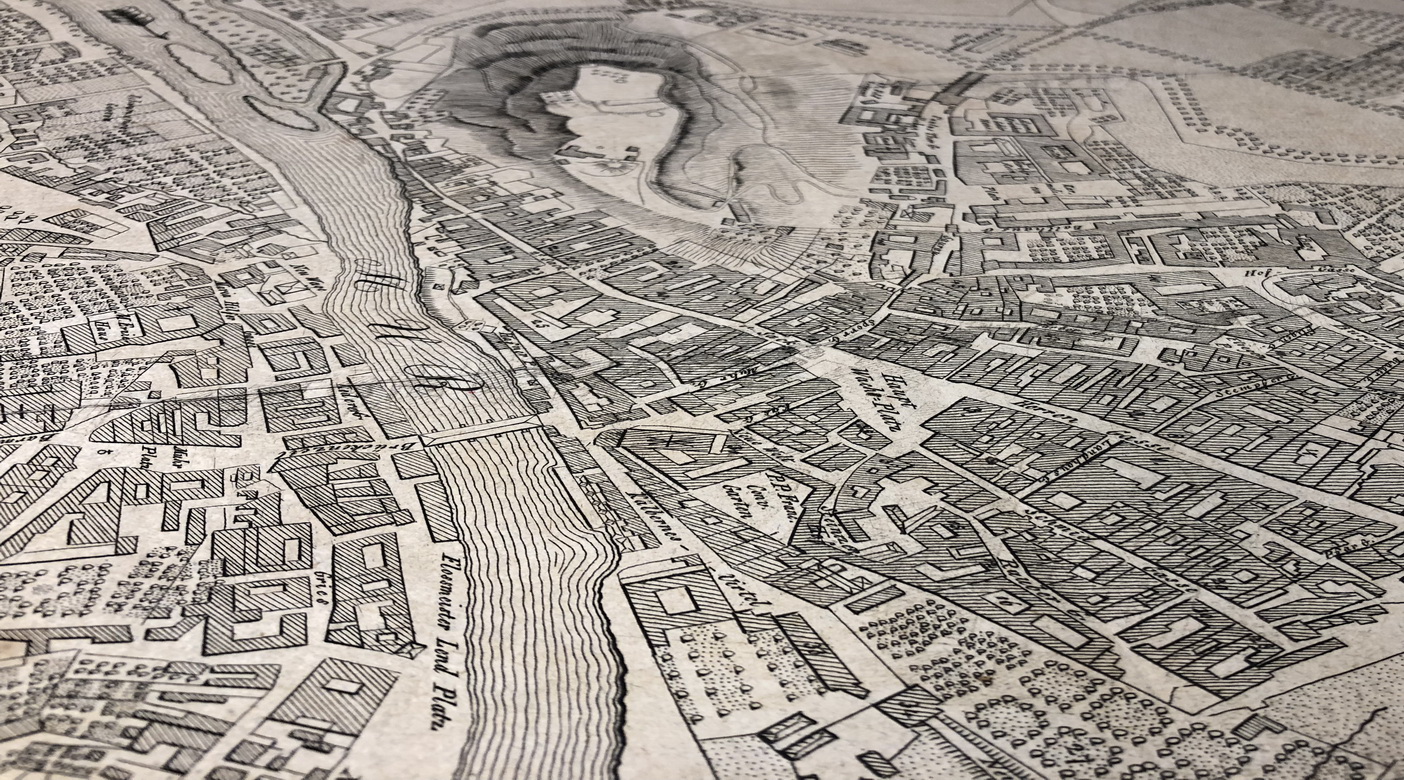 Graz grew and changed tremendously in the course of the long 19th century (1789–1914). The loss of the fortress in the early 19th century was only the beginning of rapid transformation processes. Industrialisation, exploding population figures and the associated spatial expansion, as well as the need for the implementation of infrastructural or urban planning measures by the decision-makers of the time, resulted in a changing “more modern” cityscape. The project “Becoming Urban” deals with the development of the city of Graz during this period.

With the help of a geographic information system (GIS) consisting of (historical) city maps of Graz, the growth as well as the changes of the city, the ongoing urbanisation and the perception of these processes over time can be analysed. Images of the urban space (e.g., postcards, early photographs, works from the fields of graphics and painting) and narrative descriptions of the city (e.g., from travel guides and travelogues) are used as sources for perceiving and describing the city; they illustrate processes of change during this period by way of comparison: For example, the location information on these sources is linked, pinpointed on the map and searchable. In addition, the current, but for the most part scattered, state of research on the urban history of Graz is included. For example, the “BeUrb” project lays a foundation for the analysis of urban development in a time that can be strongly characterised by radical and rapid transformation.

GIS is a tool that can be used to identify places and structures that have significantly influenced urban development in the past and continue to do so today. The project therefore not only provides an insight into and overview of historical developments and events, but also creates a better understanding of Graz as we know it today. In addition to the benefits and added value of the project for research, teaching and knowledge transfer, the web-based project content will also be available for private use and for tourism. The result of such a project is a transfer of knowledge to society and creates awareness of the city and its history and stories.

Becoming Urban is a cooperation of the Graz Museum, Municipal Archive Graz und Institute Centre for Information Modelling (ZIM-ACDH University of Graz) and is funded by the Austrian Academy of Sciences (go!digital Next Generation).

Provenance Research at the Graz Museum 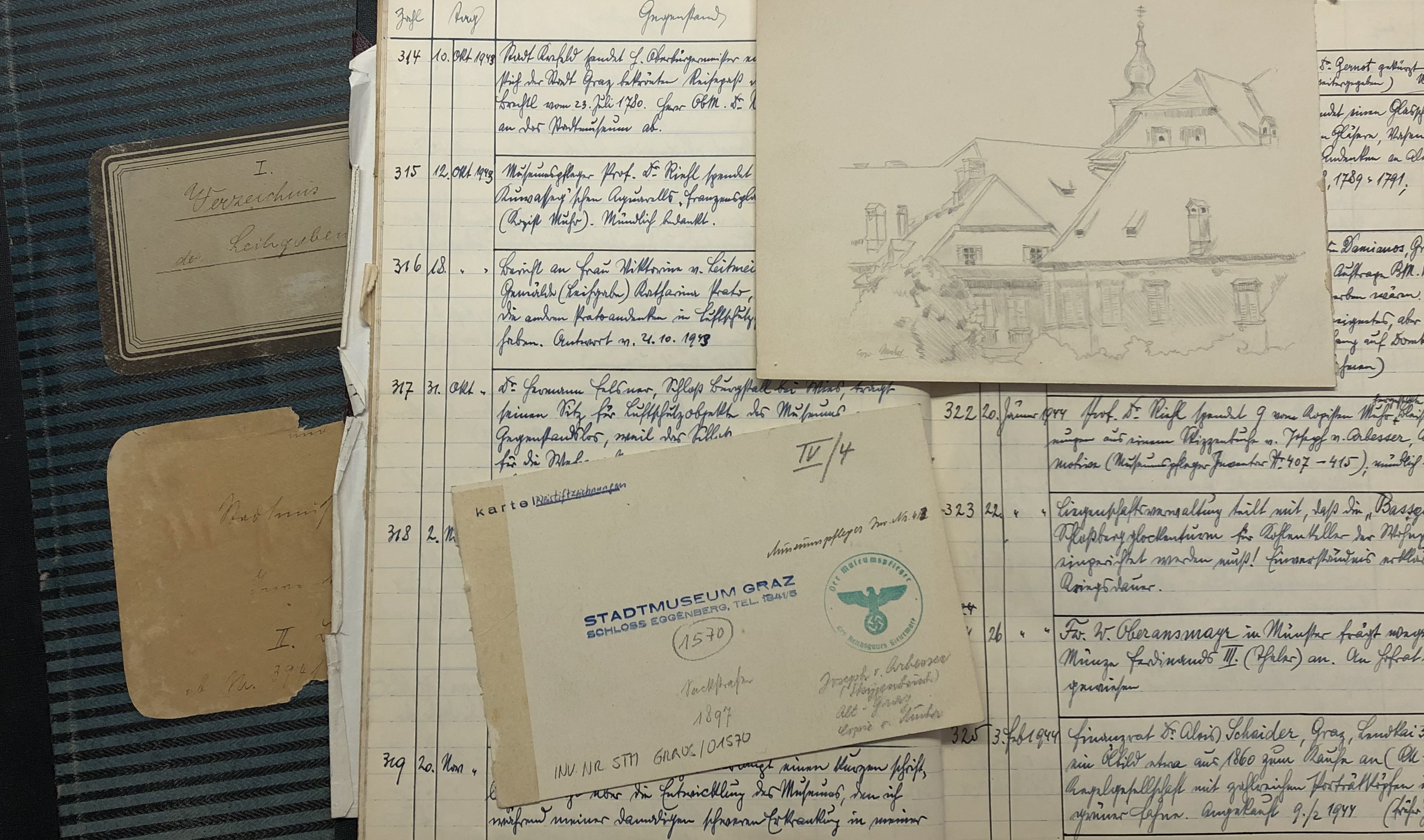 On the initiative of the Graz Museum’s management, a project was launched in June 2019 to research the history of the provenance of the objects in the collection. During the National Socialist era, numerous private individuals, companies, associations and institutions were expropriated or forced to sell or donate their property due to persecution. In many cases, these objects became the property of museums and collections, either through purchases from the art trade, in the form of donations by private individuals and institutions, or through transfers from public authorities.
Against this background, the provenance (lat. provenire, to come from) of collection objects that were created before 1945 and entered the Graz Museum after 1933 are to be investigated in the next two years. The aim is to verify the ownership of objects of questionable provenance and to determine restitution claims. The Graz Museum is not obliged to take this step by law, but considers it a moral obligation.
Identifying cultural objects that are unlawfully in the collection requires labour-intensive and time-consuming systematic research into relevant collection holdings. Thereby provenance research is based on internal administrative documents, archival records and traces on the objects. A particular challenge for the project are the heterogeneous collection groups and the region-focused collection strategy.
As a result of the intensive examination of the history of the origin of the collection holdings, provenance research also contributes to situating the Stadtmuseum Graz within National Socialist cultural policy and to researching the history of the Graz Museum, its collection and its integration into society in general.

“Krebsenkeller”. A Research Project on Portraits of Grazers 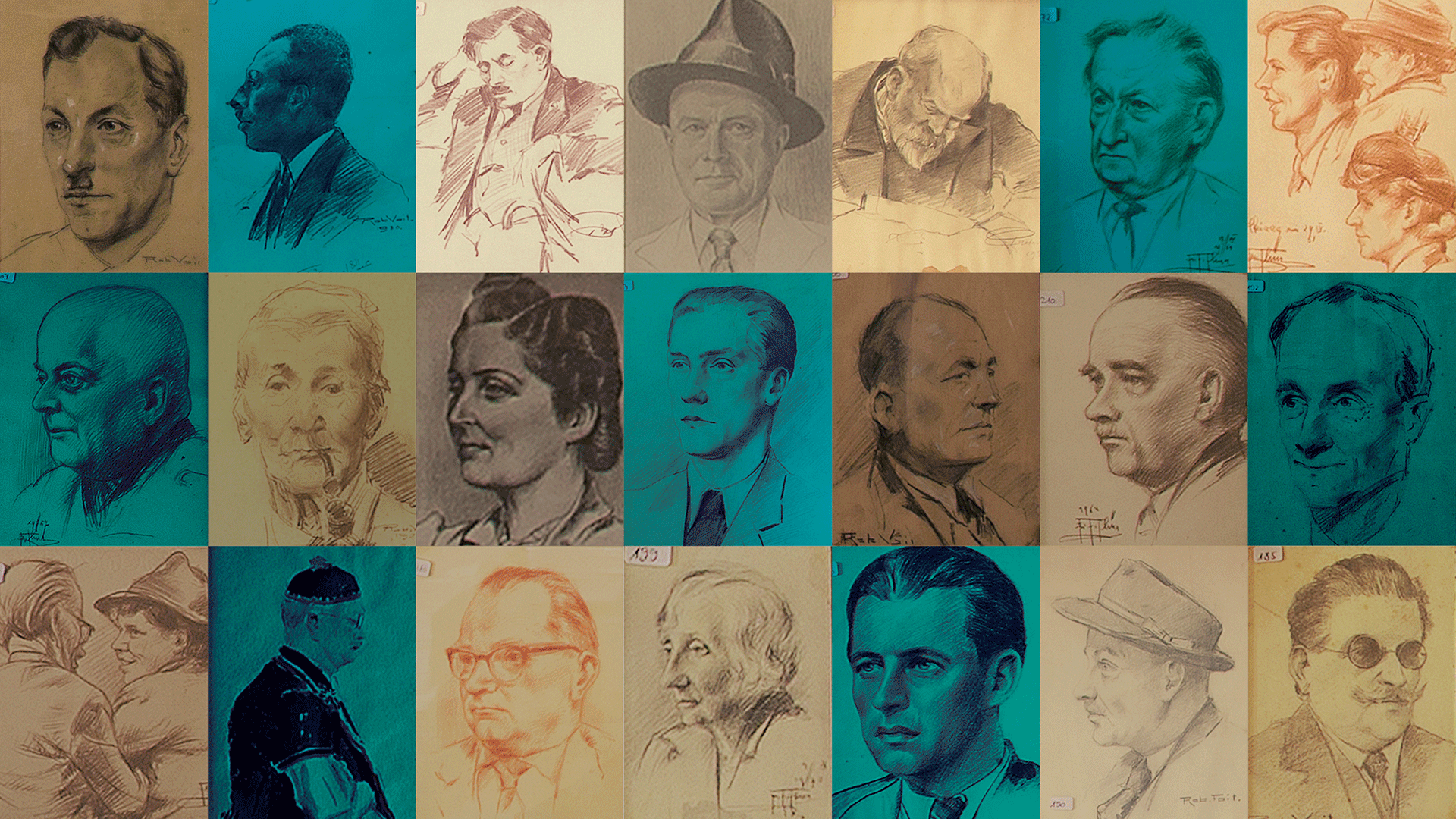 “Krebsenkeller”. A Research Project on Portraits of Grazers

The GrazMuseum acquired about 250 portrait sketches that stem from the “Krebsenkeller”. The painters Robert Foit, Franz Thür et al. painted a large number of personalities and regular guests in this tradition-steeped tavern in Graz. But who were these people? We do not have any information about most of the persons portrayed. Thanks to the committed participation of our visitors, we successfully identified many individuals in the frame of the exhibition which was shown as from 29 November 2013 on the second floor of the GrazMuseum. Now the project is also being continued online: Do you know any of the faces from the Krebsenkeller? Then help us and bring your knowledge to the museum, to the portraits! 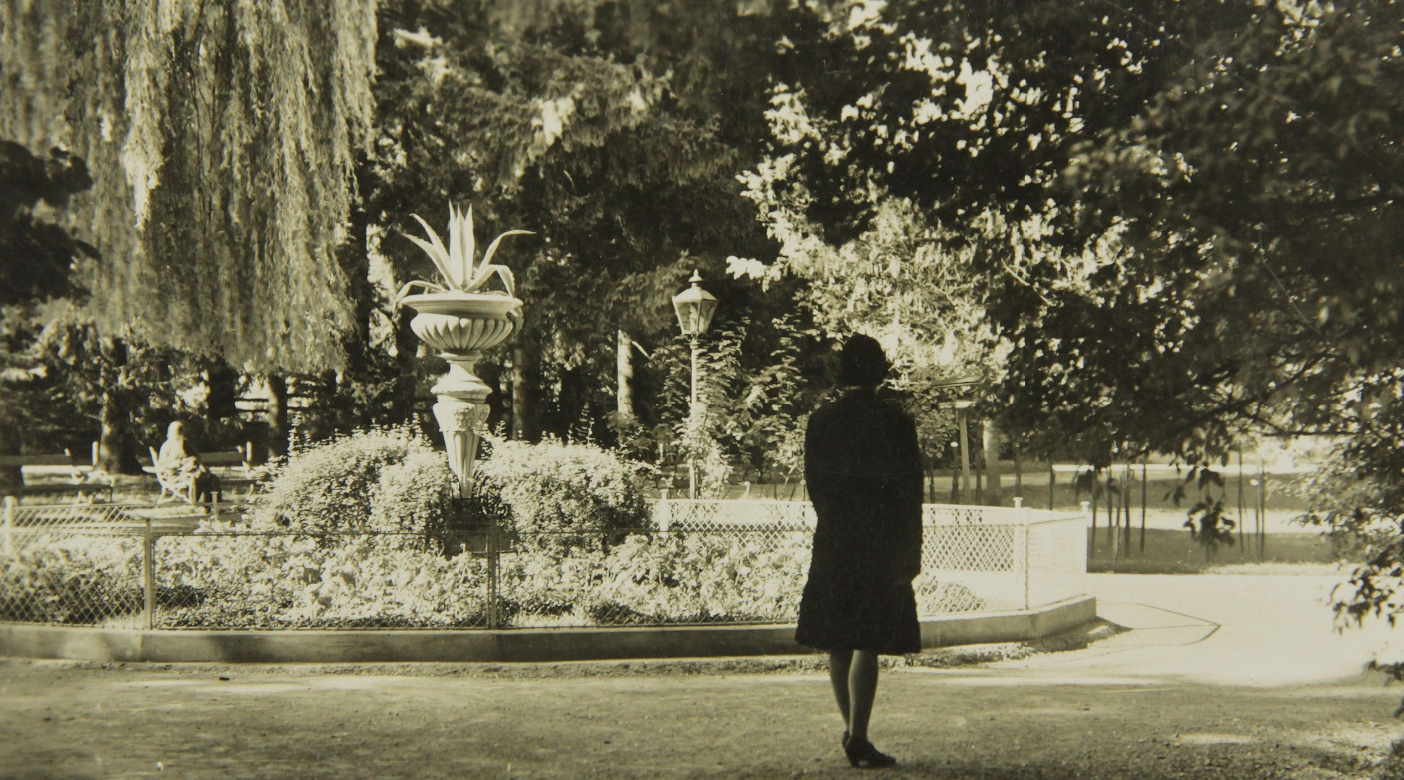 Since 2017, the GrazMuseum with its Graz postcard collection has been part of the portal Cultural and Scientific Heritage Styria. Our contribution to this is the Postcard Collection GrazMuseum Online. There you can search and filter our stock or simply browse it. We show you pictures of the individual objects in high resolution and provide additional information on the respective object. In addition, we offer the opportunity to learn more about this unique collection and postcards as a medium. 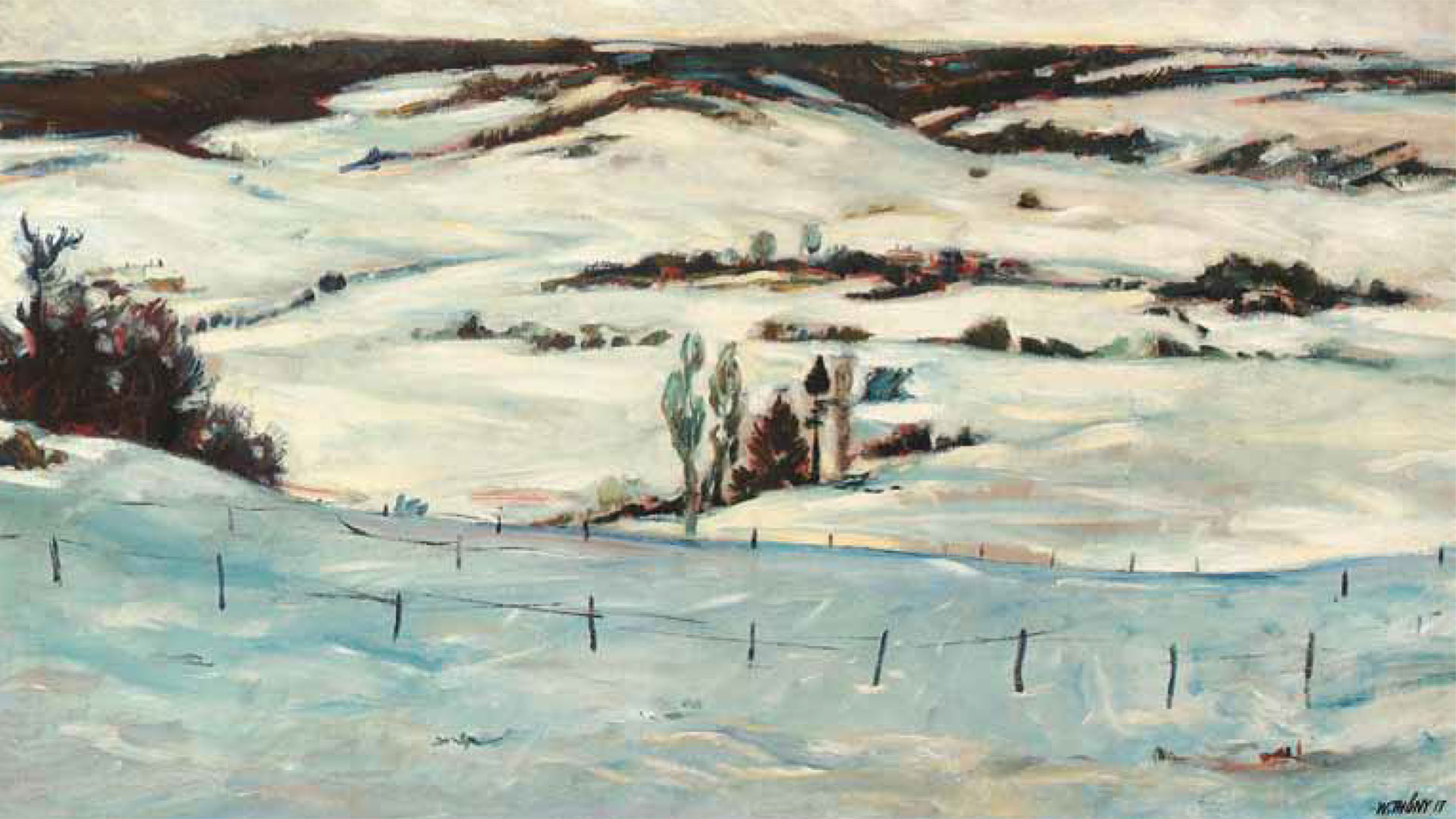 The project “Wilhelm Thöny and the Great War” is equally understood as an art historical and a cultural historical exhibition. In the frame of the exhibition based on a research project initiated by the GrazMuseum, Thöny’s “battle paintings” as well as his “illustrations of the soldiers’ life”, but also the portraits he created of both officers and “prisoners of war”, are to be iconographically deciphered with the methods of military history. Moreover, Thöny’s artistic works have to be contextualised with objects, military maps, documents, and photographs illustrating the reality of the Great War as a contrast. Annette Rainer’s text, which was first published in the catalogue Wilhelm Thöny: Im Sog der Moderne (edited by Günther Holler-Schuster and Christa Steinle, Bielefeld: Kerber Verlag 2013, 526 pp., € 58), provides a first insight into the project. The catalogue was published on the occasion of the eponymous exhibition at Neue Galerie of Universalmuseum Joanneum Graz.