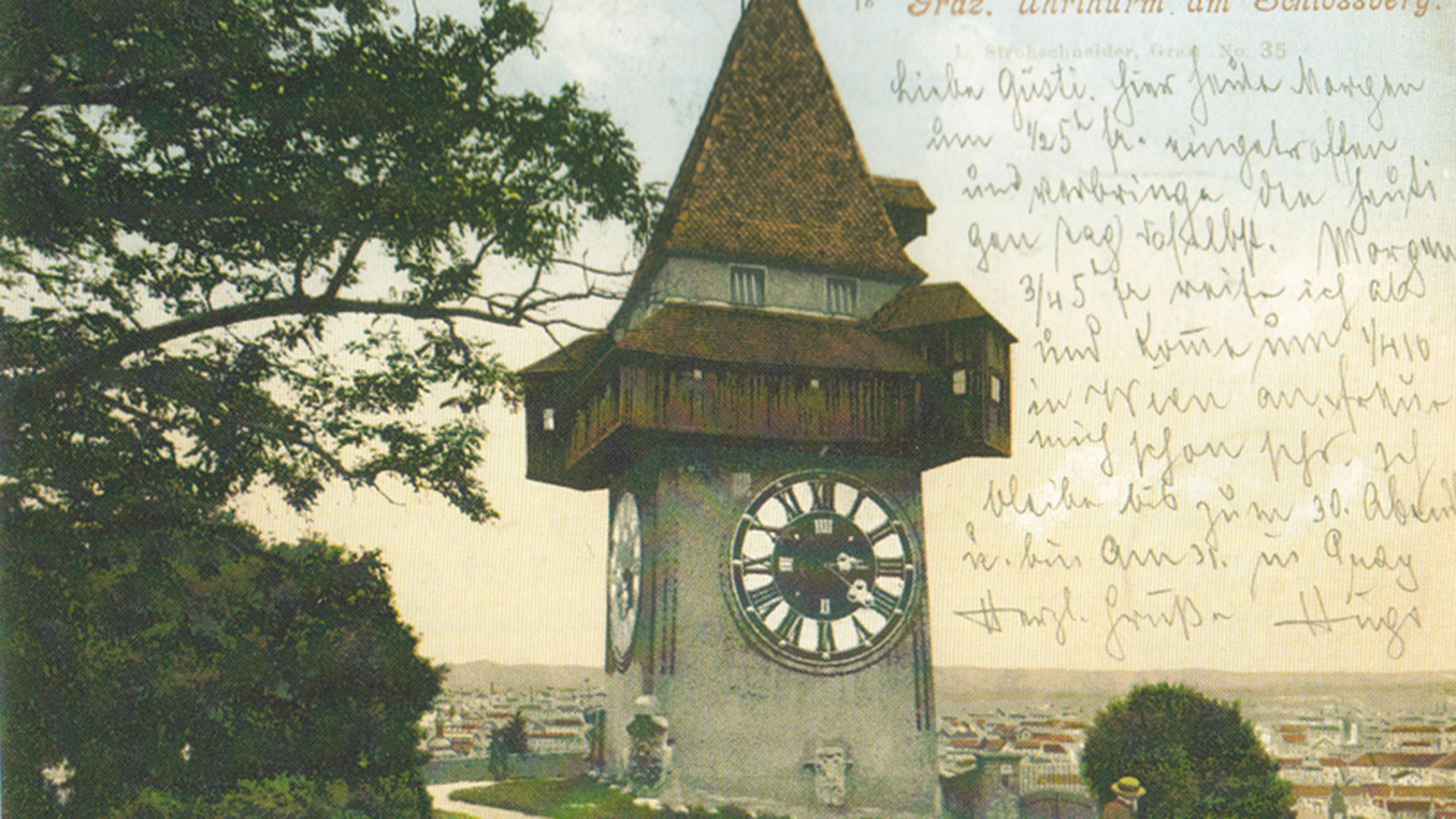 Illustrated postcards tell the history of the city in their own way. They show architectural changes as well as the changing view of the city. They tell a story of tourism marketing as well as a story of communication. They show the public space of the city, its streets, alleys, and squares as well as living environments of the past. Postcards are not just pictures, they are objects with a variety of references. The focus of the collection is between the turn of the twentieth century and the 1930s and 1940s. As from the time around 1900, picture postcards have not only been relevant as image-bearing media of tourism but were often also the first pictures the residents of Graz had of their own living environment. We therefore deliberately provide both sides of the postcards. Not least, they served as an orientation aid in a permanently changing city. As objects that can be sent by mail, they likewise provide an insight into communication practices of the past and prove themselves to be multifaceted historical sources.
The Graz Museum owns about 9,000 objects with views of the city of Graz. These can be found in their entirety at Postcard Collection Graz Museum Online.